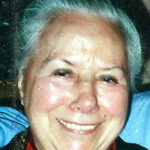 Marguerite Bevilacqua published several books, including “Au Nom de Yaho (In the Name of Yaho*) ”where she described her vision of Atlantis and created the Tarot deck, the “Oracle of Atlantis”. A talented medium and hands-on healer, Marguerite brought together the best experts in esotericism and parapsychology in a weekly conference series that she organized and that continued for 35 years.

Thanks to her vision and her gifts of clairvoyance, she created the Oracle of Atlantis — 42 cards with an accompanying booklet containing the principles of the Oracle, significance of each card and symbol, and a test to see if you were in Atlantis in a past life. 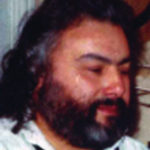 Illustrated by the artist Henri Bevilacqua. He is a Paris-based artist, painter, illustrator. Over the past 35 years, he has extensively exhibited his work throughout France, the United States and many others countries around the world. Henri continues to create oil-based painting in his Paris-based studio.